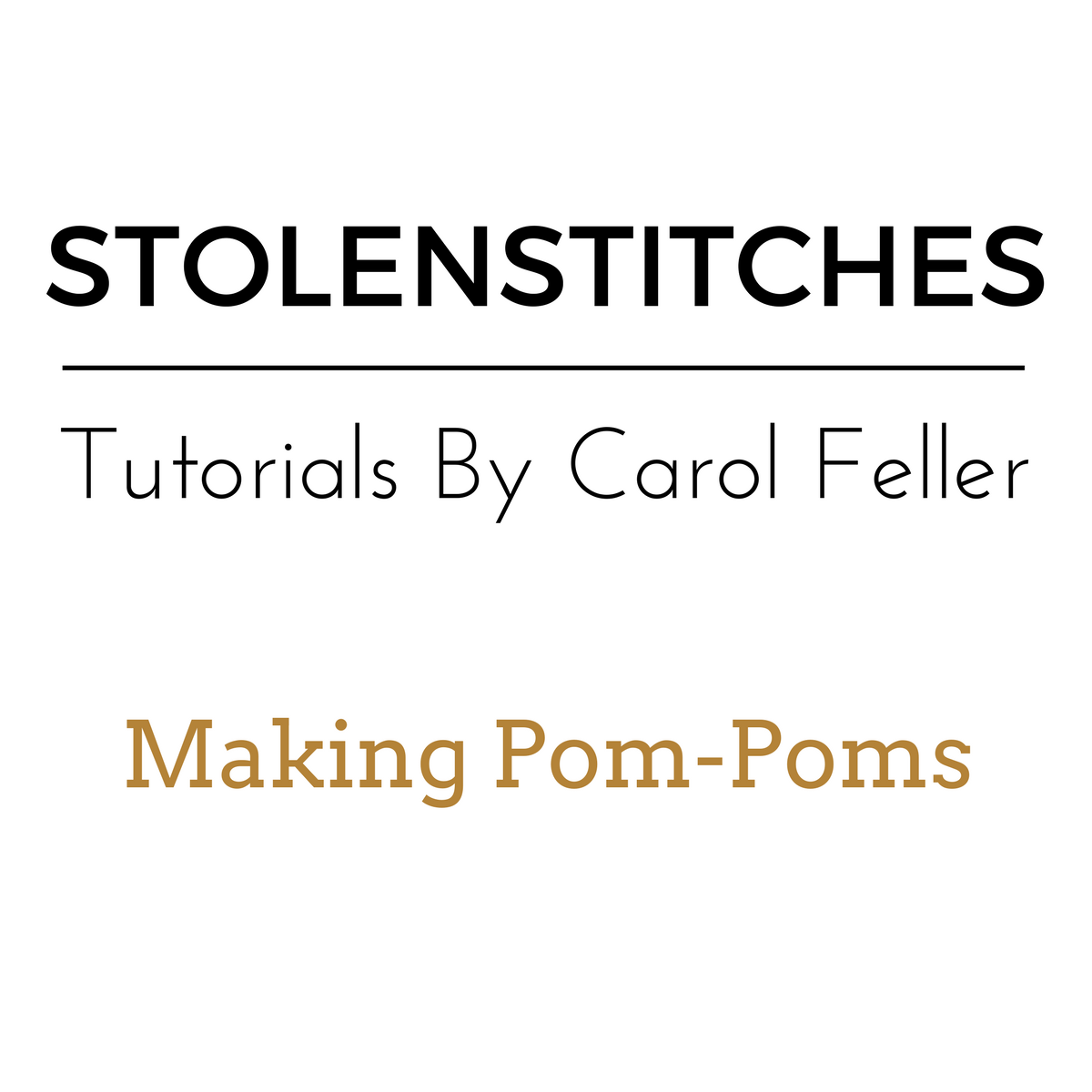 There are many different ways to make a pom-pom but I’ll show you a couple here.
The primary method I use is a clover pom-pom maker. These come in different sizes depending on what size pom-pom you want to make. If you don’t have the right size you can either trim to size or use a DIY method that uses circles of card.

To make the pom-pom with card start with a compass or a circular item to draw around. The larger clover pom-pom maker I’ve shown here has a 3 3/8″ diameter so you can use that as a reference size.

I’ve drawn a second circle around 1″ inside the outer circle. The width of this will determine how long your pom-pom strands are.

Next cut out the circle and add a ‘bite’ which will make it easier to thread the yarn around it.

Cut out a second one, you will hold the two together when making the pom-pom.

Now wrap the yarn around the two circles, until you have as much thickness as you want.

Pull the card a little apart and cut the yarn neatly around the circle. Be careful, the strands want to ‘spill’ out of the gap!

Then use a strong string to tie around the yarn, pulling it between the pieces of card and securing tightly. You may want to bring it around the second side and fasten it again.

Most pom-poms need a little trimming with a scissors at this stage to tidy them up.

Now for the Clover pom-pom. First open the maker completely.

Wrap the yarn first around one side.

Close it up and then do the same on the other side.

Tie string/yarn around the strands opening the pom-pom maker as you work.

Finally gently pull the pom-pom maker apart and you have a finished pom-pom. Trim to tidy up.