I’m back from my holidays in the UK. We spent a week in a yurt in Devon which was just heaven – if someone has told me that having all four little boys in a glorified tent for a week would be heaven I’d laugh at them but it was so perfect. The weather never rained, they could run free and we all went to bed at the same time at night. Needless to say knitting didn’t get much of a look in! The next week we were more civilized and stayed in a cottage so I did manage to finish Lucas’s Robin hood. 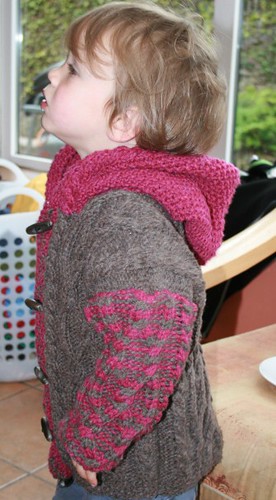 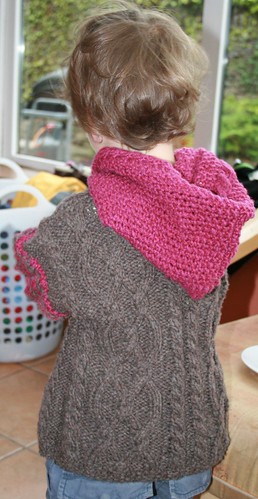 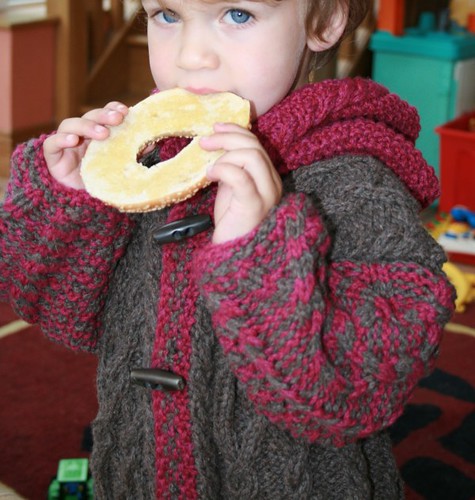 I was a bit worried about the fact that I had two such different colors in the yarn but I’m happy with the end result. I added raspberry stripes after the fact to the front bands and made the arms in stripes of the two colours. I’ve never tried striping a cable pattern before and I quite like the effect. As it was every two rows there was no need to break the yarn so it was tidy.

By the time I came to the hood there was only Raspberry yarn left so it is a solid colour. I had originally envisioned this striped also but it works still!

Best of all it is very loved by my son. In fact even though it is August (but not too warm) he wouldn’t take it off for bed last night.

4 thoughts on “Back from holidays”