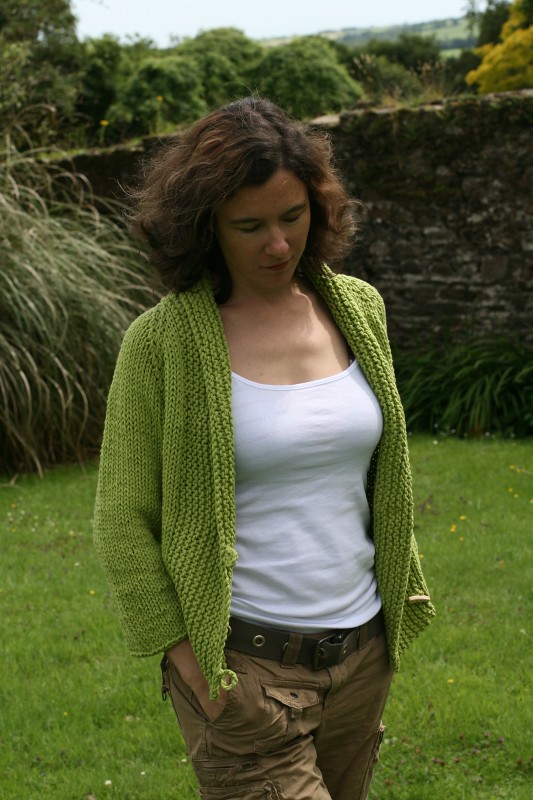 Last week the second version of Iced (in green this time) that Torya knit arrived.Â  It took me a few days to get around to weave in ends, put on buttons and block it but I eventually got it finished up and we took a few photos.Â  This time it is knit in the small size which has around 1″ negative ease for my bust.Â  To compensate I put the buttons on the button band so that it doesn’t fully cross over (you can see in the details below).Â  I’ve also shown a small detail of the side showing the waist shaping which you couldn’t really see in the first version.Â  For anyone going to UK knitcamp in Scotland next month I’ll have this version with me for the Knitty Fashion show.

I’ve also had a new pattern come out in Interweave Fall 2010 here.Â  Its called ‘Leitmotif Cardigan’ and I’ll blog very shortly with more details about it and some of my own photos.

Btw if anyone has hairstyle ideas send them to me..I was leaving my hair grow this year (as well as having my MIL’s hairdresser attack me with dye at Christmas!) but I’m contemplating cutting it again.Â  I just love getting a new hairstyle!