Last week I combined a family holiday with a trip to Donegal Yarns in Kilcarra.Â  We stayed way up on the mountain just past Glengesh Pass. 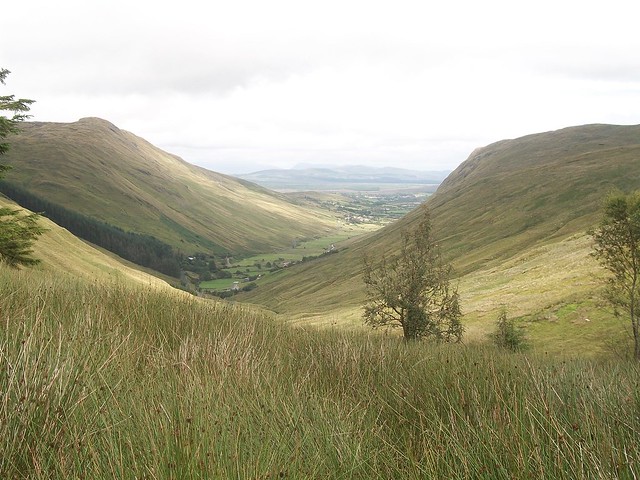 Traveling from Ardara up to this pass involved a series of almost vertical corkscrew turns that our car objected strongly to!Â  After driving for 7 hours (it’s a long trip from Cork) I was glad to see our cottage, even if it was rather a misty view.

I knew there were a lot of sheep in Donegal but the sheer volume was out of this world..slumped on the side of the road, in our garden, hanging off the side of cliffs and even a few right up to the sea edge. 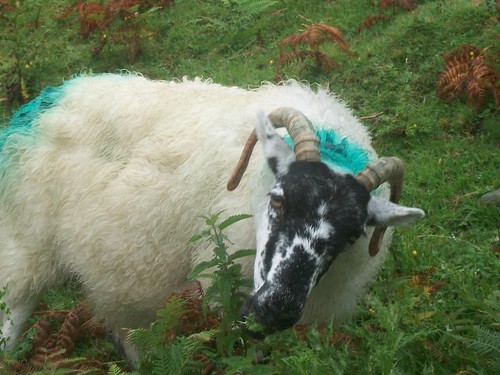 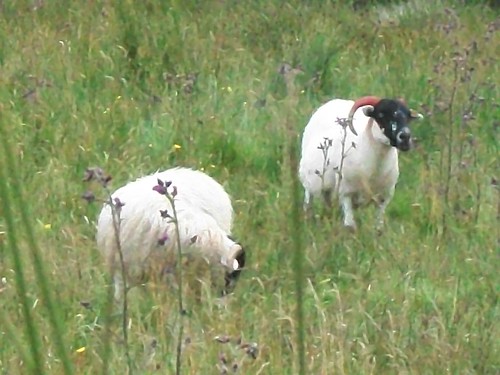 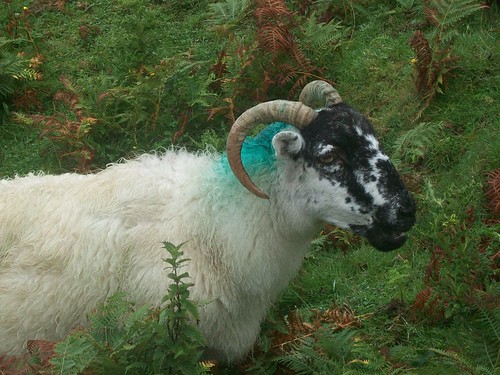 We made a lovely trip to Donegal Yarns also (can’t give any details away now though!) and met up with Chris who gave us a full tour.Â  It is a very sizable operation and had me just drooling over some of the wonderful yarns and colors.Â  Although the factory isn’t always open to the general public in the village you will find Studio Donegal which stocks a full range of their yarns.

Unfortunately the weather wasn’t too wonderful for the trip but armed with some heavy duty raincoats in our holiday house we spent most of the week exploring the amazing beaches.Â  The beach is near Malin Beag and had 167 (I think?) steps going down to it.Â  Looking up at the amazing cliffs with sheep along the side is worth the walk down. 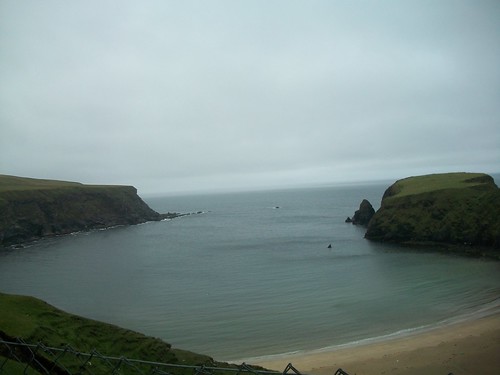 Unfortunately I don’t have any photos of it but the most amazing beach we visited was Maghera.Â  I have never been on a beach quite like it before.Â  You approach from a small country road and before you get there there is a HUGE waterfall.Â  We managed to get some amazing garment photos in front of this for the book.Â  When you reach the beach you pass through a path with sheep (of course) on either side and reach the sand dunes.Â  The are huge and the sand is pale, pale yellow which is very unusual for Irish beaches which tend to have darker sand.Â  Some of the sand slopes further along the beach (piled against cliffs) reached 30-40 feet high and the boys spent hours sliding/rolling/running down them.Â  For the icing on the cake there are a series of caves running down the beach, some of which were very sizable.

On evening walks along our mountain top roads we often felt as though we were walking on a film set.. 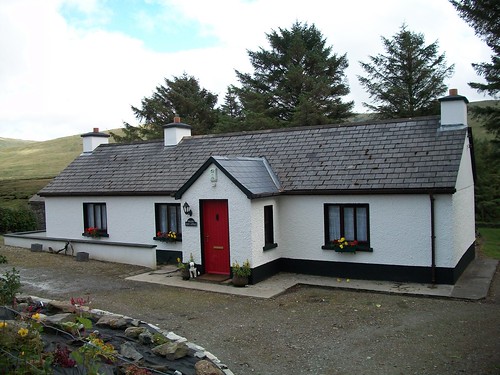 I want to thank my son Damien for all of the photos, he had his camera with him and allowed me to use his photos.