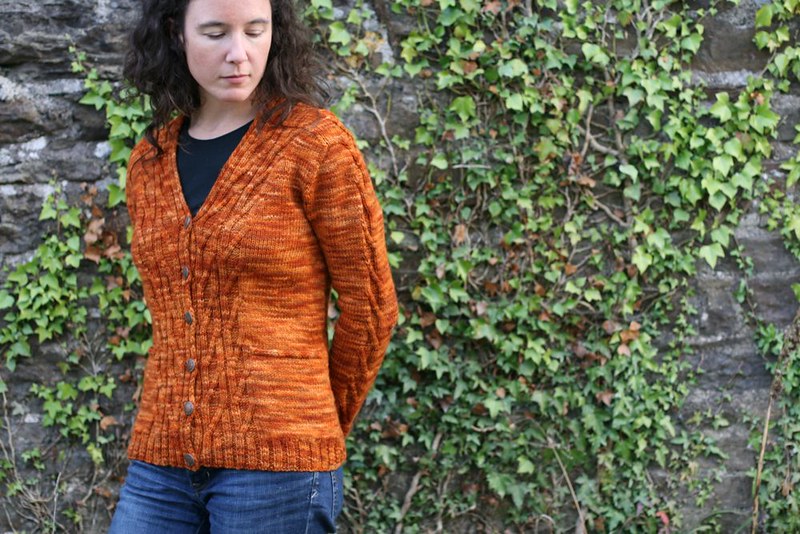 Over the summer to celebrate my 100th pattern release (Ravi) I ran my first every KAL (knit along) that was released as a series of clues.Â  I had so much fun I wanted to do it all over again!Â  So what made the KAL so much fun?Â  As with so many things in life I think it was the people that made all the difference.Â  On the KAL ravelry page everyone was so active, enthusiastic and encouraging it really helped many, many people along the way.Â  This enthusiasm was so infectious that I found myself loving every minute of it!

To me a knit along is much more than just releasing a pattern in a series of clues.Â  It’s all about the extras, the support of knitters, all the suggestions I can give along the way complete with any tutorials necessary.Â  It’s a little like being inside my head, you get the pattern first and then there is a couple of pages of me just talking about that section of the pattern; ways I find it easier to keep track of certain things, modification ideas that occurred to me along the way and extra info on any sections I think there might be problems with.Â  Of course everything can’t be covered in the pattern alone which is why I drop into the group daily to help along with anything that arises along the way.

The KAL works best if you sign up from the beginning so you can follow along with all the other knitters.Â  However if you come to the party late or if you’re short knitting time right now you can sign up at any time you want and you’ll get all clues released up to that point as well as the final pattern when it’s released in December.

How to sign up?Â  Just click the link below to purchase the pattern and you’ll get the info sheet to download.Â  Then just get your yarn (even better if you already have the perfect yarn waiting for you in your stash!) and get swatching.Â  That way you’ll have your yarn and needles ready by the time the first clue is released and you’ll have the correct gauge so you have a much better chance of a well fitted garment!