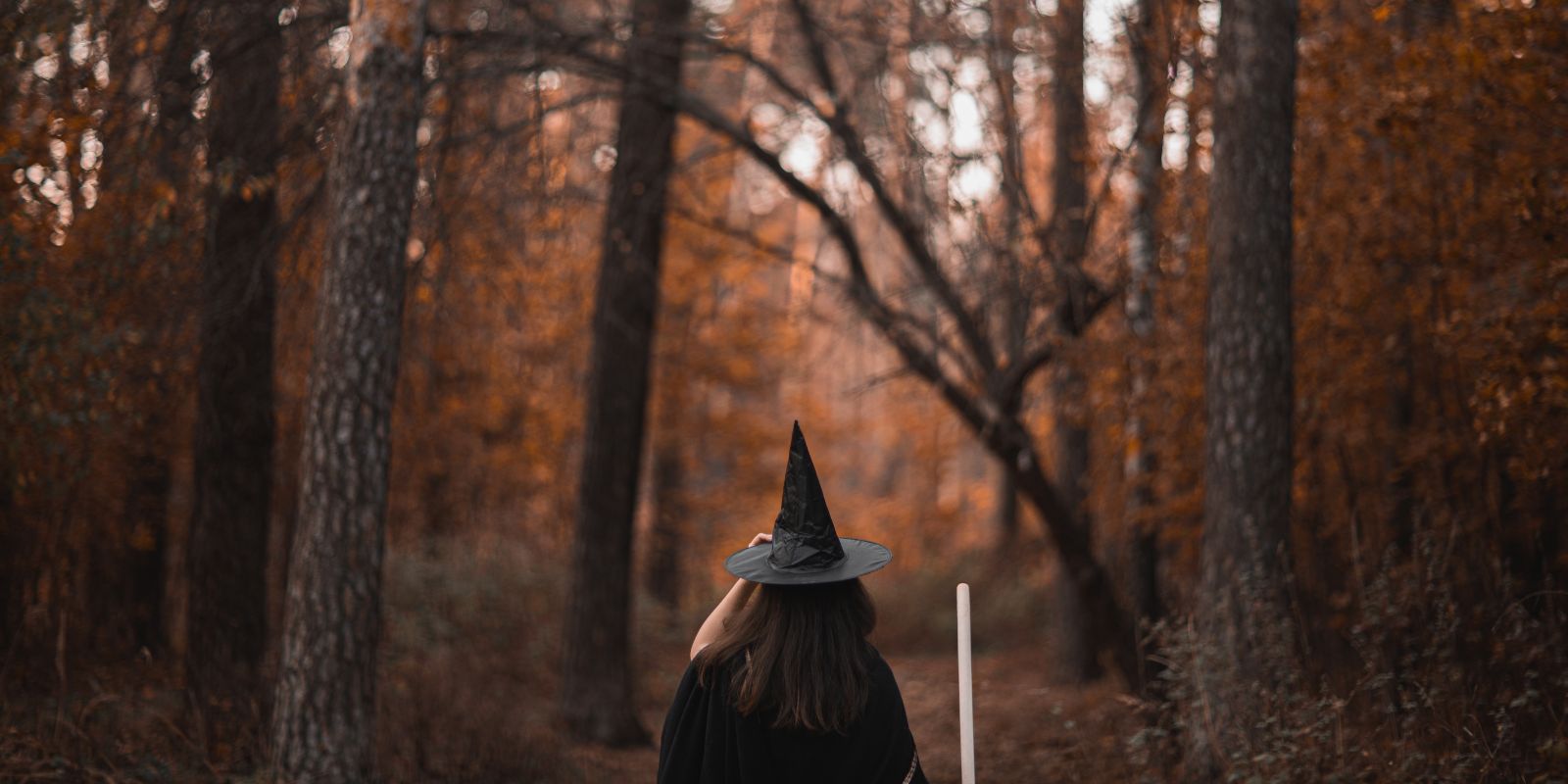 Hallowe’en or Oíche Shamhna (pron. ‘EE-heh HOW-neh’, meaning November Eve)  has been celebrated in Ireland for a long time. The festival of Samhain (pron. sow an, meaning November) was one of four large celebrations held during the year, to mark the changing seasons.

In Irish tradition, Oíche Shamhna was a time for gathering together for feasting, playing games, and celebrating the end of the harvest season. The seasonal bounty of apples, nuts, and berries was collected and stored to help fend off hunger during the dark winter months. Animals would be brought in from their summer grazing and were sometimes butchered after fattening over the warm months. It’s a time of plenty, and the work of building stores to last the winter is coming to a close.

On this night, it is also thought that the walls between the land of the living and the Otherworld are at their thinnest; fairies, spirits and magical entities can walk the land.

The Aos Sí and the Otherworld

The Aos Sí (pron. ‘ays / is Shee’), a supernatural people who live in the Otherworld, are associated with ring forts & burial mounds dotted around Ireland (rath sí &  lios sí). It is thought that these burial mounds & cairns were entrances to the Otherworld and that on Oíche Shamhna, the Aos Sí could leave the Otherworld to travel to the land of the living. The Aos Sí can be spiteful and dangerous if crossed, so people would sometimes leave offerings of food or drink to appease them & avoid their wrath.

The importance of Samhain feasting and the dangers of the Aos Sí are both illustrated in the Fenian cycle of tales – stories of Fionn Mac Cumhaill (aka Finn McCool) and the Fianna.

While these stories were documented after the coming of Christianity (and writing) to Ireland, it is generally accepted that they were told long before the arrival of Christianity, and that they offer valuable insights into the pre-Christian culture.

When Fionn was a boy – with great ambition and fighting skills – he made his way to Teamhair (Tara), to present himself to the High King during the Samhain feast. While there, Fionn hears Teamhair has been burned to the ground for the past 9 years, on Samhain, by Aillen, one of the Aos Sí. The Warriors could not defeat Aillen, as he plays enchanted music that puts everyone to sleep.

Spoiler alert: Fionn, through bravery, determination, and aided by the gift of a magical spear, slays Aillen and saves Teamhair from burning, earning the respect of the High King.

In more recent times, Samhain traditions revolve around the belief that the souls of the dead can walk the land (again, based on the belief that the walls between worlds are weakened). We might leave plates of food out for dead loved ones, with a candle to guide their souls home.

Of course, the belief that ghosts may walk the land led to all sorts of devilment.

People might disguise themselves in homemade masks, posing as ghosts in an attempt to scare their neighbours. Some would knock on doors, looking for food or pennies to put towards a party. Dressing up may also have been a way to disguise oneself, and avoid the attention of any malevolent beings travelling the road.

Celebrations would involve playing games with seasonal produce, such as bobbing for apples, playing conkers, and threading hard berries into necklaces. Divination games were played – and believed to be particularly effective on this night – for example, small trinkets baked into a barm brack could predict your future marital status. Single young women might attempt to peel an apple in one go – the discarded peel would reveal the initials of their future husband.

The National Museum of Ireland Folklore collection has quite a few artefacts that illustrate traditions and folk practises of the early 20th Century and before.  There are masks, made of flour bags or other scraps of cotton, and decorated with sheep’s wool or horsehair. The collection also includes a necklace made of rosehips, crosses made for protection during the winter, and a terrifying carved turnip, which may be a precursor to today’s carved pumpkin heads. (See THIS LINK for  footage – spot the mask made using the sleeve cap of a shirt!)

As a child during the 80s, we had some regional variation when dressing up and harassing the neighbours for goodies, especially in urban areas: in Kildare, it was ‘Penny for the Púca’. I’m told that ‘Help the Halloween Party’ was used in Dublin, and ‘Help the poor juggies’ was used in parts of Wicklow. Treats often comprised handfuls of nuts, oranges, apples, and copper coins. Children in rural areas might gather in a designated field with a few treats to watch bonfires and fireworks.

Nowadays it seems that everyone uses the ‘Trick or Treat’ refrain: large bags of various sweet and savoury treats are doled out at decorated doors. We still bake barm brack, but with fewer choking hazards. Fireworks will bang and pop all night;  authorities have officially clamped down on the burning of bonfires, but some people will burn anyway.

In modern wealthy society, we are so far removed from seasonal changes: we are no longer reliant on seasonal eating; we can combat the dark and cold of winter with electricity and heating; a lot of us work in jobs that do not change with the seasons.  Celebrating old traditions, even in their modern forms, can help us notice the changes of nature around us and restore our connection with the land.

But how do you celebrate October 31st?

For those interested in some further reading on this topic:

Listen to the Land Speak by Manchan Magan

Exploring the World of ‘The Celts’ by Simon James.

Eimear Earley lives in Dublin, Ireland, with two small humans and a supportive spouse. Eimear originally learned to knit as a schoolchild, dabbling with leftovers of yarn and absolutely no concept of gauge or ease during her teenage years. After spending her student years playing with molten glass, she now gets her creative kicks from knitting and spinning wool – much more practical pursuits. Eimear loves to reinterpret old Irish things into modern knitwear, from ancient gold artefacts to less ancient cable knitting.

She also likes to drink an awful lot of tea.

4 thoughts on “Samhain Festival and October Celebrations in Ireland”

This site uses Akismet to reduce spam. Learn how your comment data is processed.