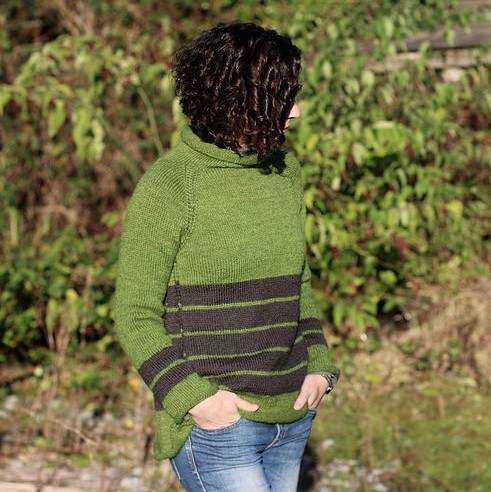 It doesn’t happen very often but I’ve actually knit a sweater that I intend to wear occasionally. It’s the curse of being a knitwear designer; it’s so important to keep samples in good condition that you never wear them! This time I wanted to try a different colour combination for Caelius and make a few little changes. 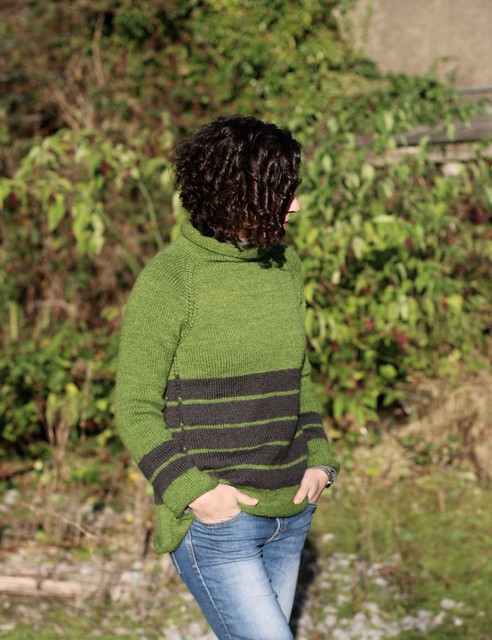 This version is knit in the colour Chevin with stripes in Coal. This combination is more dramatic than the original Bramley Baths and Yorkstone which is much more subtle. You may notice that the edges are still curling a lot, it was very cold yesterday so I was eager to wear the sweater even though it’s not yet blocked! With a sweater that has rolled edges blocking can be used to reduce the amount of curl, I still leave a little bit but it controls it somewhat. 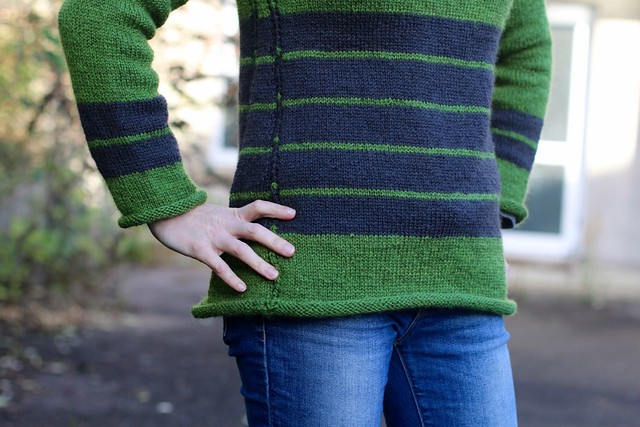 The stripes on the sleeves are a little different from the original, they start further down the sleeve and the second stripe is narrower. This happened accidentally; I was knitting while traveling and I was so busy talking that I went beyond the stripe position! So I modified and changed the position rather than reknit. It still fits the same way, it just looks a little different. 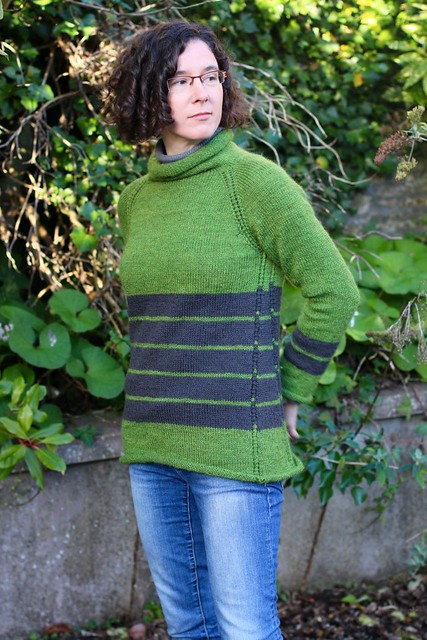 Are you knitting anything from Dovestone Hills yet?