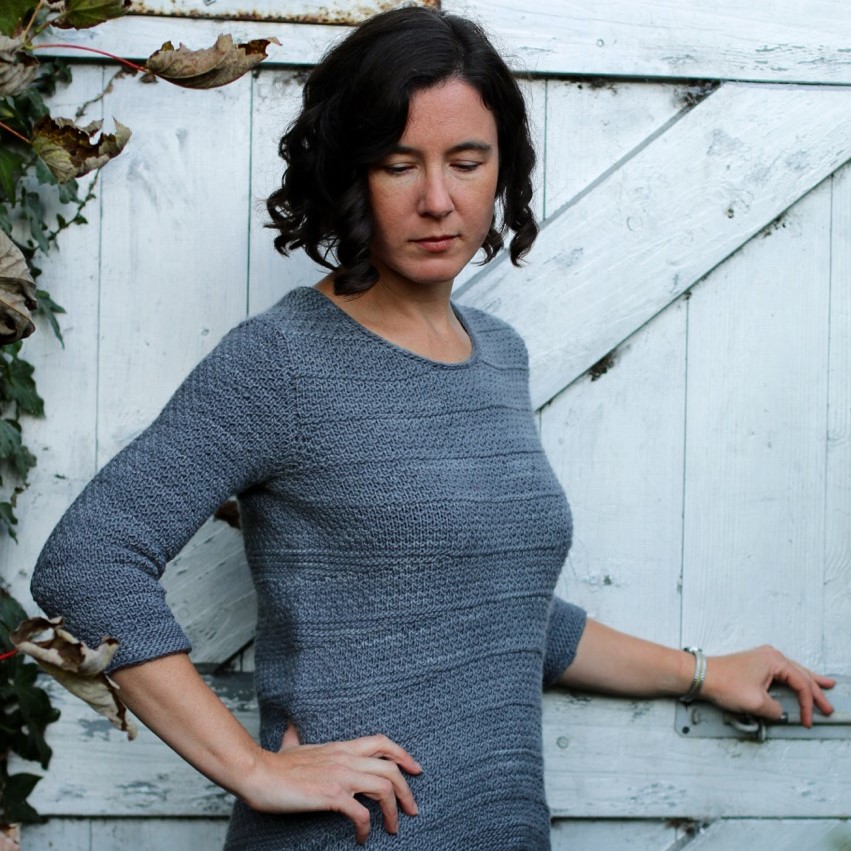 As the fun and laughter of another garment knit along have come to a close, I thought we could have a look back on the highlights and what got us from our needles and yarn to wearing those finished sweaters.

First up let’s have a look at some fun facts. You loved this KAL so much that you had a staggering 1,349 forum posts alone on Ravelry. That does not include any posts on Twitter, Instagram or Facebook. That also doesn’t include forum posts outside the KAL itself. So it seems you like to talk, which is fantastic because around here we encourage it, mostly with tea and baked goods.

Wondering how many times certain words were mentioned? I got you covered. Wine was mentioned in 102 posts but mostly as a reward while help was only mentioned 67 times.

But you are a bunch of knitters with heart as topping the boards was Love at 1036 and Thanks or Thank you at 217!

Interestingly the toughest part of knitting Luwan was in clue one. Starting the dot pattern and keeping it in pattern while working the increases appeared to be tricky. But working together as a team and some helpful diagrams from Carol and you were on your way. Now I’m not one to point out things but maybe there was a connection with the number of times a certain alcoholic beverage was mentioned. See paragraph above.

HazelS you were worried about posting too much in the threads. Let me put your fears aside, you have a grand total of 156 posts and there can never be too much posting in the threads.

There are some fancy FO’s floating around and this post wouldn’t be worth its weight in salt without an FO show:

Aren’t they just fabulous! A huge thank you to all of you who took part and kept the forums a fun and friendly place filled with banter. I’ve already been asked about the next KAL and don’t worry Carol always has something up her sleeve!

If you want to be one of the first to find out about the next KAL taking place in the group then just add your email address to the newsletter. Along with being a VIK (Very Important Knitter), you also get exclusive discount codes on pattern releases, prizes and extra treats.

What do you think of the finished Luwans?  Stay in touch by using the #stolenstitches on your posts on all social media and drop a comment below because we would love to hear from you!

2 thoughts on “A Little bit of Luwan: A Round up Post on the Luwan KAL.”