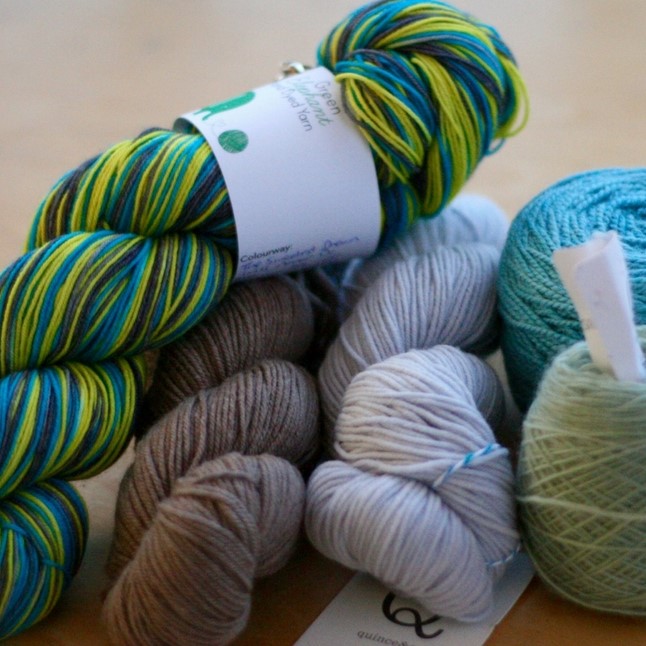 Well a new year appears to have started. The beginning of every year is equal parts relaxing and chaotic in our house. The lack of routines makes life much easier as the daily rush is gone. However having so many people around the house (with teens that won’t get up before noon) as well as guests floating in and out adds more than a little chaos!
I think now at this point my head is ready to start planning for the new year. I’ve downloaded all of my year end bank and paypal statements. I’ve added all receipts to the spreadsheet and  I’m ready to tidy up last year and put it away in it’s little box. Once that’s finished my head is ready to indulge in new year planning.

The last 12 months have been busy. I often don’t acknowledge quite how busy unless I go back and review. It looks like I released 37 pattern in total in 2016 (you can take a look at them easily on ravelry here). These included the Irish Yarn Club 2016, a new book (Knitting With Rainbows), 7 patterns with books and magazines, a kit with Craftsy and of course a yarn collaboration with Love Knitting!

On top of that I had quite a few teaching trips in Ireland and abroad. So it was a busy year for my business but also on a personal level my oldest headed off to college this year as well. Fortunately he was very ready to go and Ireland is small enough that he can visit whenever he needs to!

I don’ t think 2017 will be any quieter than 2016. I’ve already booked tickets for Birmingham, Edinburgh, Cologne and Columbus over the next 5 months so I’ll have lots of fun traveling for work to start the year out. I’ve got a stack of knitting that’s ready for photography that I can share with you in the next few months. Irish Yarn Club 2017 is underway with the patterns already started. I have a HUGE surprise that I can reveal by the end of February. I’m terrible at keeping surprises though so I might leave a few hints sneak out before then!  And of course no year is complete without some fun KALs along the way!

At the end of 2016 I did a series of cable tutorials and a blog post on the topic here. In the coming months I wanted to do a set of tutorials on seamless knitting. There are lots of tips and tricks that make seamless knitting much easier that you usually have to learn the hard way so hopefully I can make the learning process a little faster.

So I’ve told you as much as I can of 2017 plans. What would you like to see? Is there any special tutorials you’d like covered? Pattern type you’d just love to see? Leave me a comment and let me know what you’re thinking! Happy 2017 to you all!!