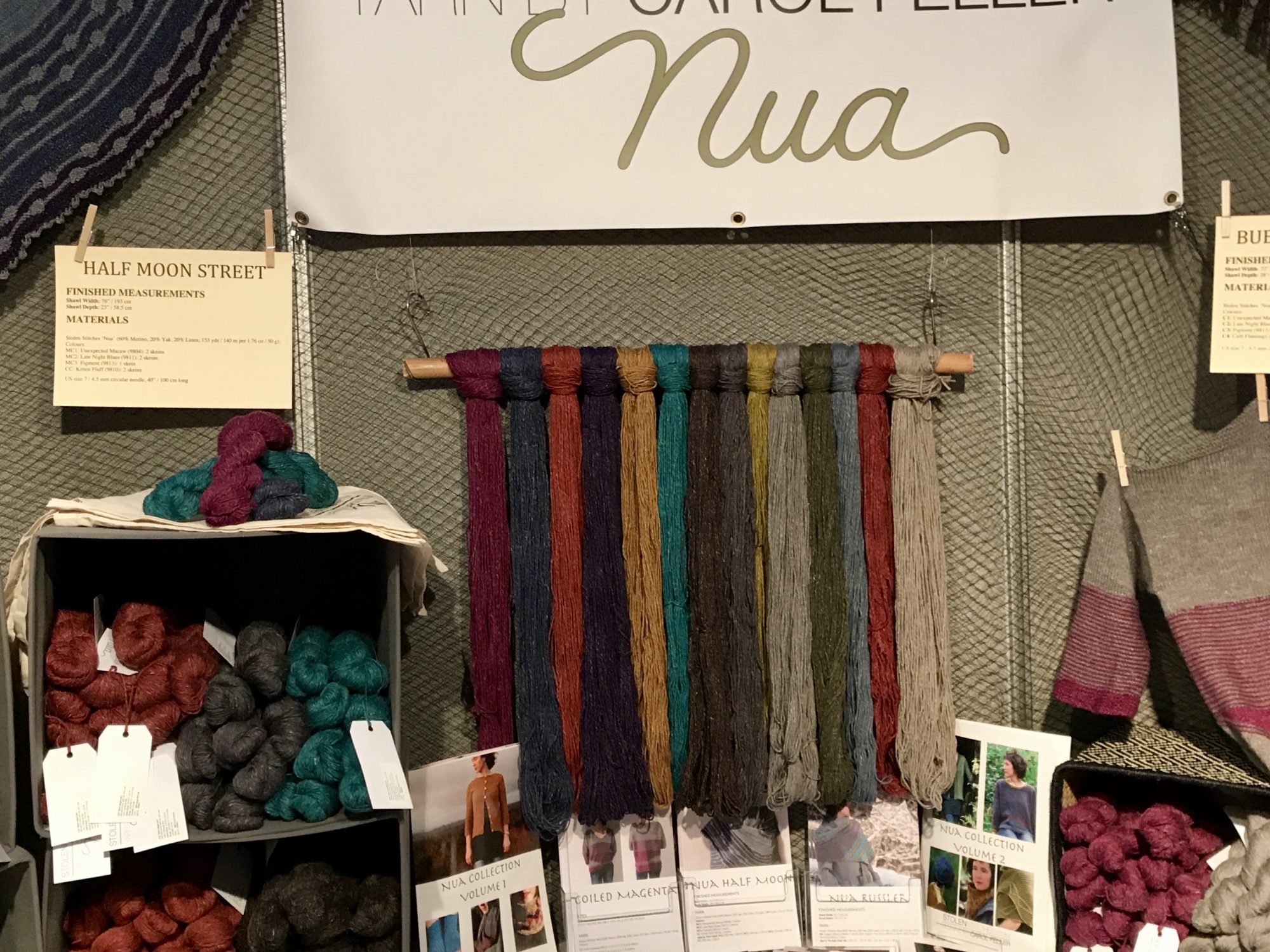 Well I’ve just returned from another amazing Edinburgh Yarn Festival. It felt like a slightly different festival for me this year as I was trying to mind myself so that I’d be able to return to normal life as fast as possible. We were staying in a cosy little hotel, although we were too busy and tired to take advantage of their wonderful lounge! 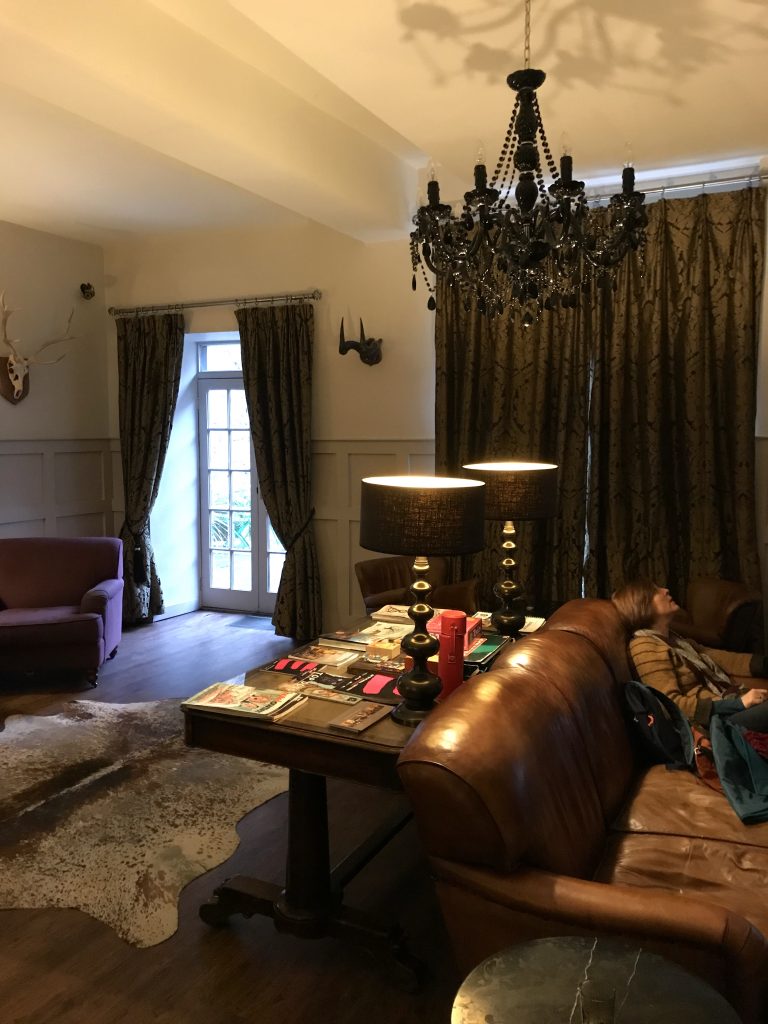 When I first started going to yarn festivals it was such a rare occurrence that I threw myself in day and night, had an amazing time, and then became a puddle of exhaustion afterwards. This year was a little different. Over the next several months I’ve got 5-6 teaching engagements and multiple international trips. As well as this, there was an extra day added to the festival and I wanted to make sure I’d have the stamina for it all.
As always I had an amazing time, a well organised show that is a pleasure to be a part of. My friend Sue helped me on the stand and it’s a whole lot more fun running a stand with 2 people there. It also means that you can easily pop in and out for food and bathroom breaks. We were so very sensible, early to bed every night and not too much to drink. It means that I feel normal now only 2 days after the show. I suspect the fact that it wasn’t my first year doing the show helped as well as your anxiety levels are much lower. Have a little peek at our stand on the Stand Video.

The organisers added an extra day to the show this year. Thursday was a ticket only day at the start and I think it worked really well. It meant that knitters who wanted to take their time looking, talking and purchasing had the leisure to do that. I do wonder if you could almost make it a morning and afternoon ticket as late evening it did get quieter as people ran out of steam. 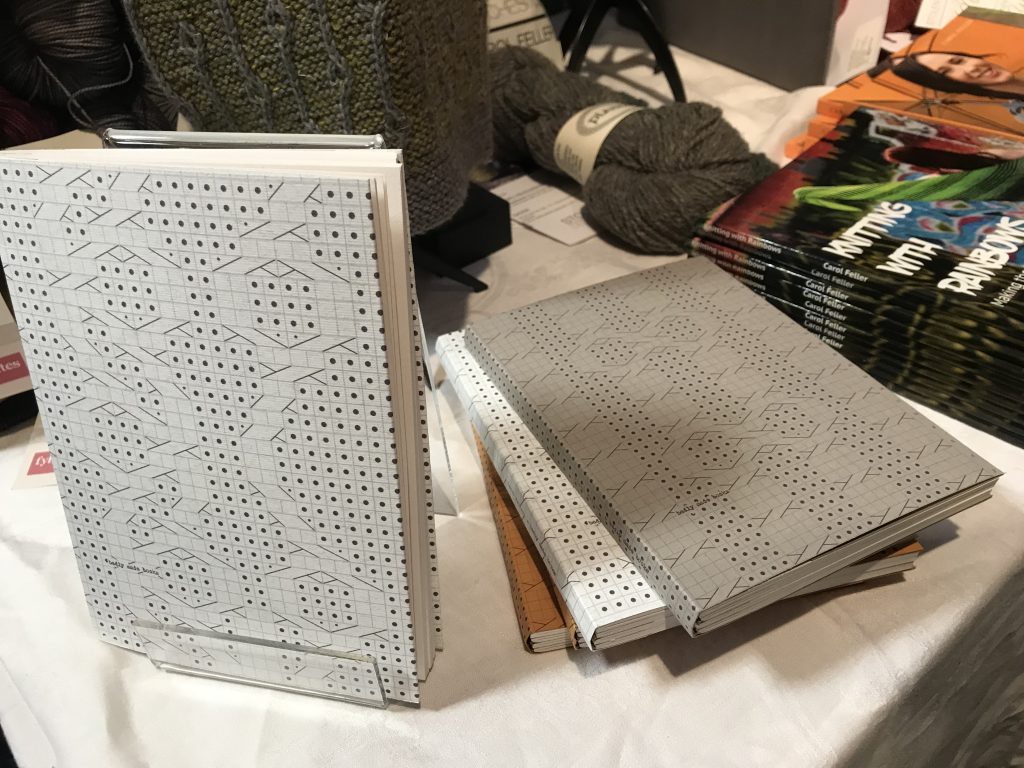 The knitting notebooks that I brought were a huge success and sold out by the end of the show. I’ve just put the rest of my stock (that I left at home) up on the website so you can nab one for yourself. 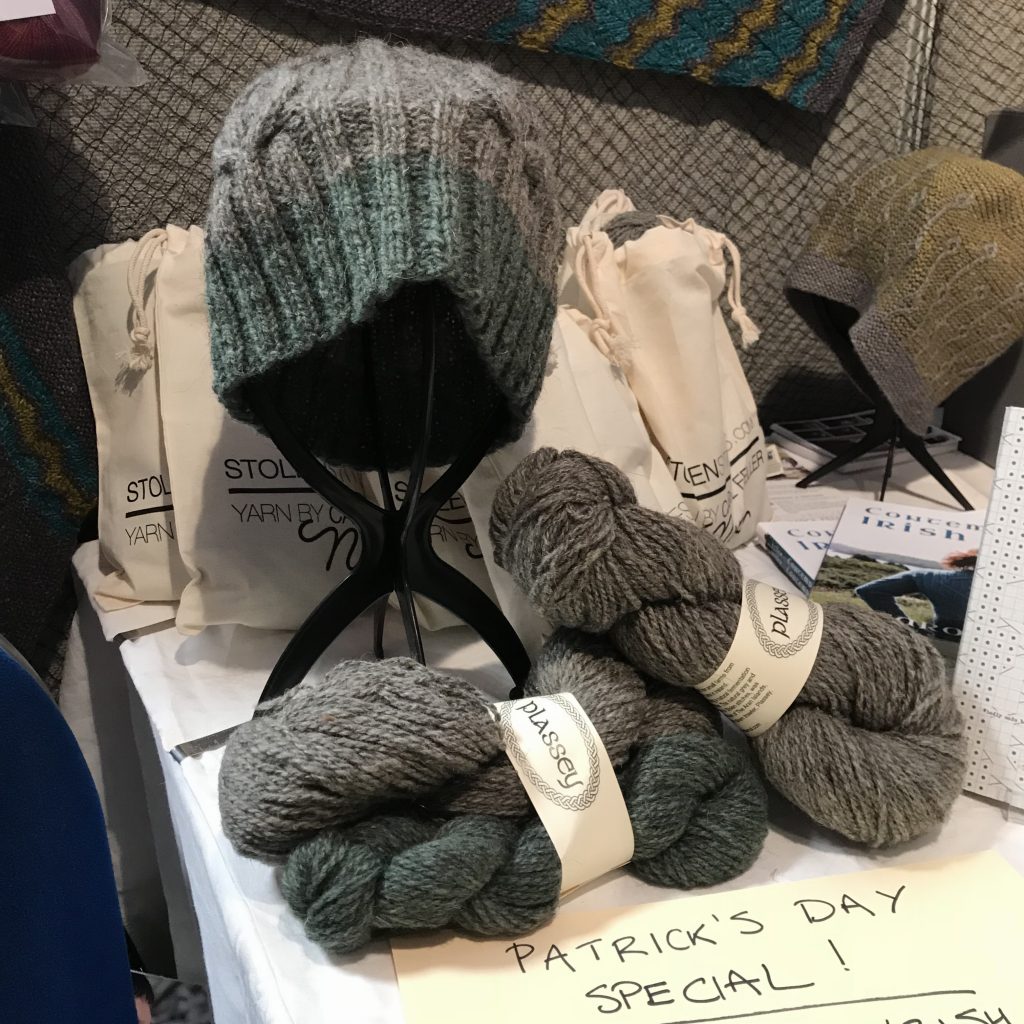 On Saturday we realised that it was Patrick’s Day so we put the Plassey Kit (made from Mixed Mountain Irish Fleece) on sale. I’ve extended the sale on my website while stocks last.

For the first time I put several kits together for the show. These included Citrus Dream, Coiled Magenta and Russler. It made it much easier for knitters to find what they needed as the day got busier. Now that I’ve recovered they’ve all made it on to my website!
(Note that Kitten Fluff is currently out of stock but it’ll be back by the end of the week and I’ll update the stock!)

I know that not everyone was able to make it over so I’ve got a special offer for you for my 3 show kits (Russler, Citrus Dream and Coiled Magenta), both the yarn kits and the pattern are 10% off until the 25th of March with the code POSTEYF.

So what’s up next? The next show I’ll be at is Woollinn in Dublin which looks like it’s going to be fantastic! Will I see you there?