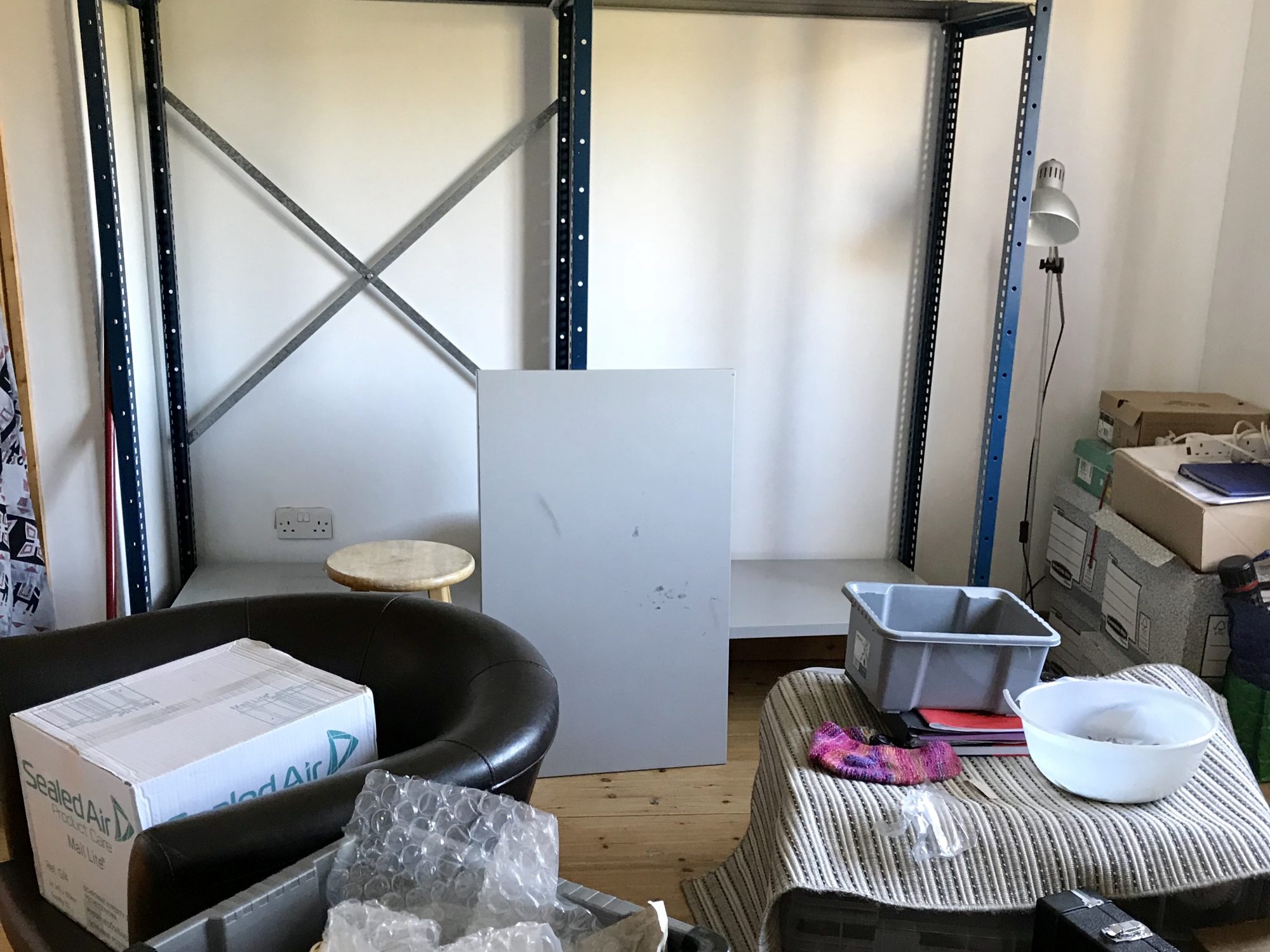 I would appear to be sitting at a crossroads for my business and I have to admit I’m feeling a little scared. I don’t like making decisions with big financial consequences. Up to this point I’ve been able to grow my business organically, everything fit neatly into my house and I was able to expand as time allowed. This is my second online business, the previous one I launched 16 years ago and ran for 5 years, only expanding into my parents garage next door.

I have however outgrown my house. There is no way for me to expand my space any further. I’ve half filled my college age son’s room with yarn, and the hall has boxes of books scattered all over it. I’ll have another large book delivery due in August and I’m hoping to do another expansion next year product-wise. It just won’t fit!

Anyone I talk with personally also knows that I spend hours every afternoon driving around, last year the boys were in 3 different schools, in very different locations and we live in the country so they all needed to be dropped and collected daily. Next year and the following year bring some changes however. My youngest has finished primary school so will have slightly longer hours and will join the third boy in secondary school. My second son has only a single year left in school and is almost driving. Moving to a location close enough for buses for my business would mean that the 2 youngest could potentially bus to my work space giving me even more hours.

So as you can see on a logical level it would make sense to get a workspace in Cork city that they can easily access and allows me to store my stock with extra space. BUT moving brings big decisions. Even getting a very modest space, in an easy access location, is costly. If I only get enough space with a little extra to allow some expansion I run the risk of outgrowing it too quickly.

Getting a space with lots of expansion potential is even more expensive, in order to fund it I would probably have to expand the business into different areas which is a scary prospect!

I’ve been trying to put my ‘dream’ space down on paper. This is what I’ve come up with:

I’m using this space on my blog to try and clarify my thoughts and figure out the next direction. Have you been in this position before? All input will be gratefully received!