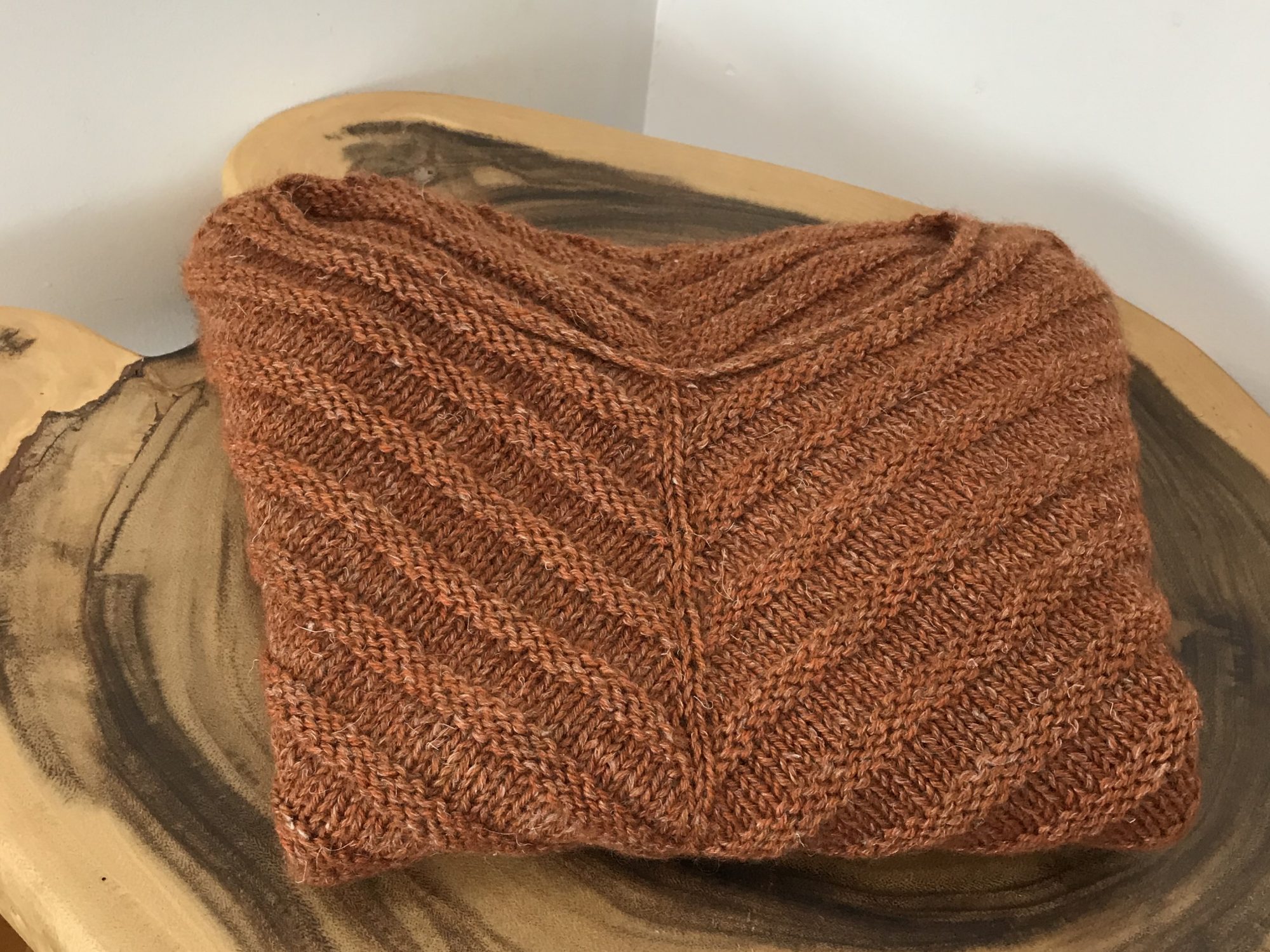 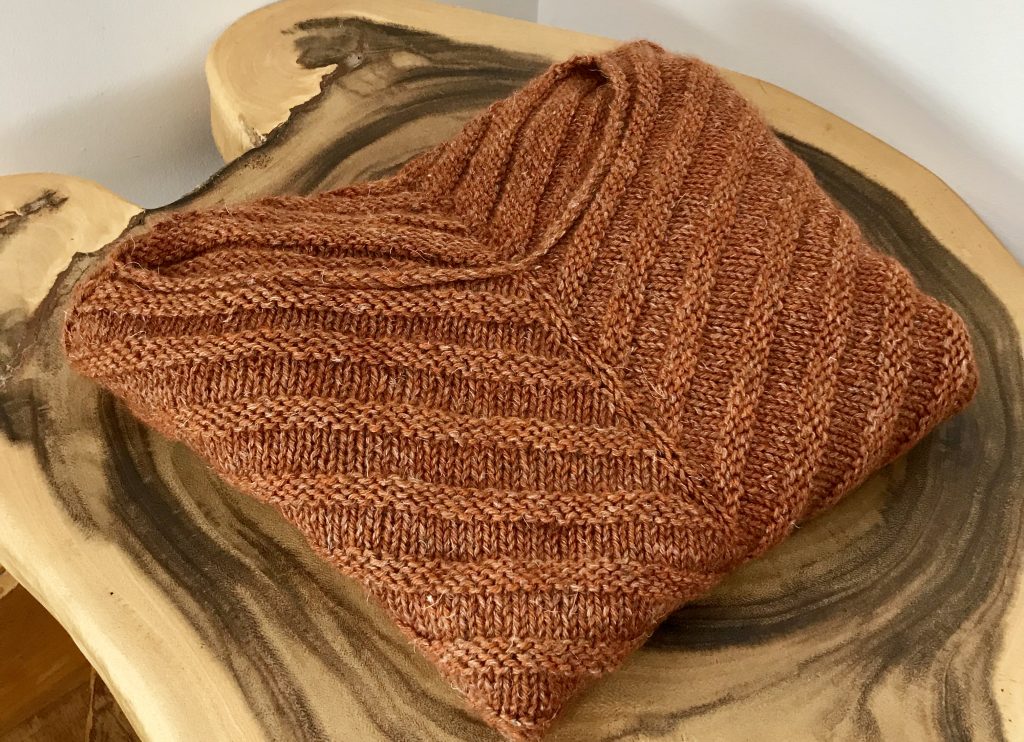 It’s very exciting to be at that time of year again where we get ready for a new KAL! I’m not going to reveal full details just yet as the pattern isn’t going to be released until next week on Friday the 16h of August.
I’ve been building this sweater design very slowly, working a couple of samples until the design was exactly right. I’ve held a fascination for biased fabrics for a long time, the way you can create a completely new fabric by adding an increase on one end and a decrease on the other end. To be seen in its full glory you need to have a stripe of some sort in your stitch pattern so you can see the direction of the bias.
In January I knit a version of this sweater using Yoth yarn. It turned out really nicely but the yarn is a more rustic yarn, it’s got great bounce and is crunchy but it doesn’t have a lot of drape. This meant that the fabric was a little stiffer in the final garment. 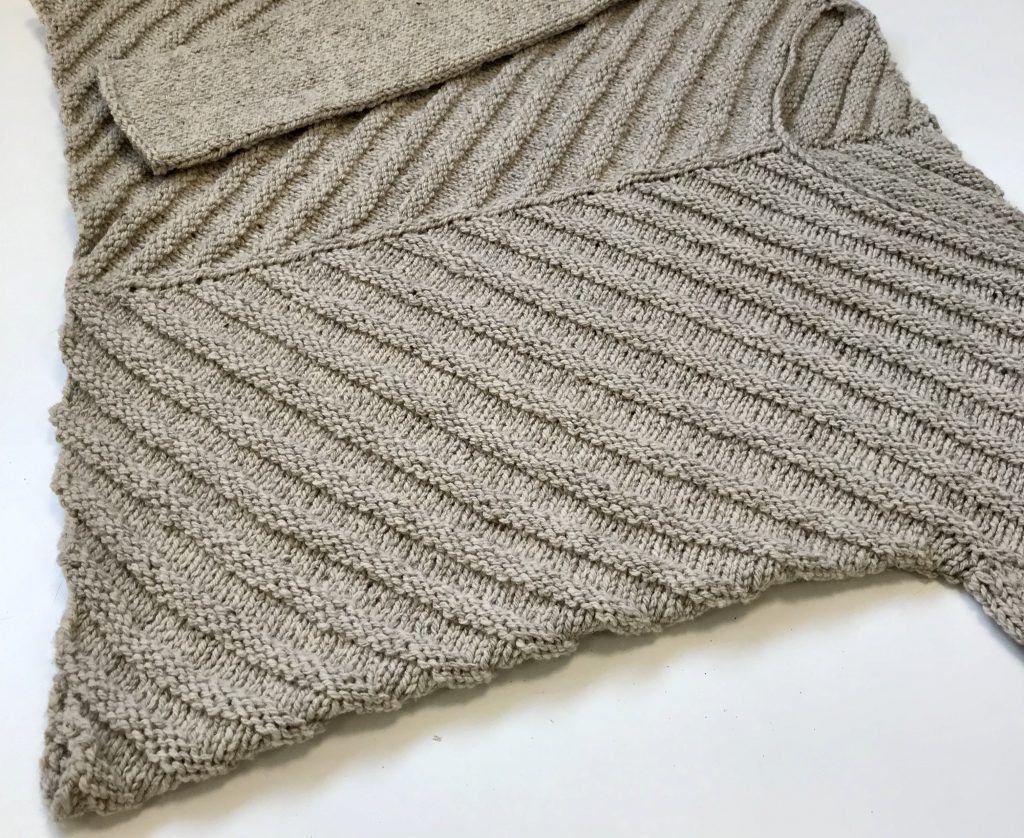 I then knit a second version using Nua Worsted at a slightly looser gauge. This created a fabric with more drape that really lay nicely on the body when worn. You can see the first gauge swatch below which was the swatch I did before the sweater to test out how the fabric would work.

Knitting the sweater for a second time also gave me the option of experimenting a bit with length as well, creating a slightly shorter version in the Nua Worsted. In the pattern I’ve given the yarn amounts I used for the length of the sample. However for anyone who wants to modify the length I’ve given estimated yardage amounts  that you would need for every extra 1″ of length on the body for each size. That should make it much easier to modify length. 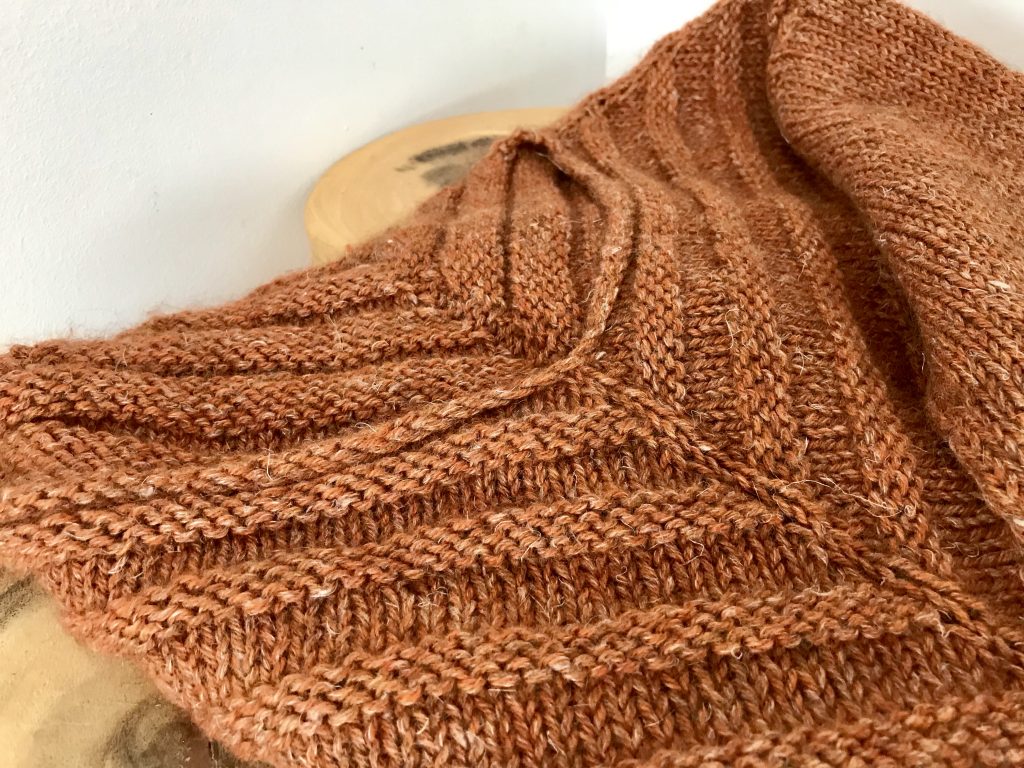 Biased construction creates its own natural angles due to the increases and decreases. When I was putting the design together I tried using that to my advantage, allowing the bias to create as much of the shaping as possible. Here you can see that the front v-neck shaping is created entirely by the biased fabric!

The trickiest bit of working on the bias is that it changes the width of the knitting. Normally when you do a swatch you are worried about the number of stitches per inch/cm and the number of rows. When you are working on the bias these sit at a diagonal so the biased width across the diagonal will actually determine the finished size of your garment! This does mean that as you are working you need to keep checking width and length to make sure that you’re matching up to the final size that you want.

This video probably does a better job than words alone to explain how biased gauge works:

So I how I’ve all got you excited about the possibilities of what you can do with biased knitting! Make sure that you’re signed up for my newsletter to hear about the release of the Rusty Lines KAL and check back here on the blog next week for more details as well. Mark the date Friday the 16h of August is the presale!