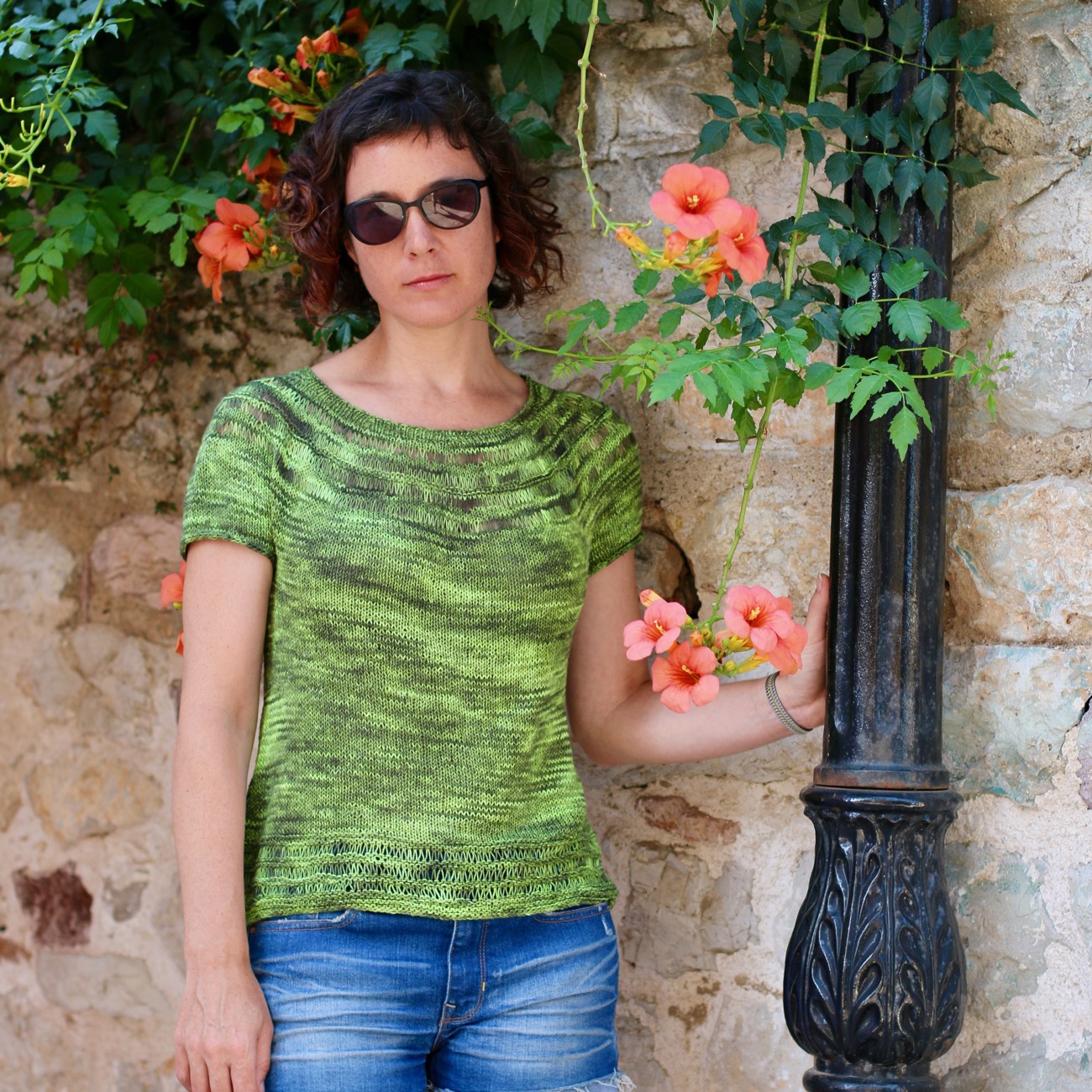 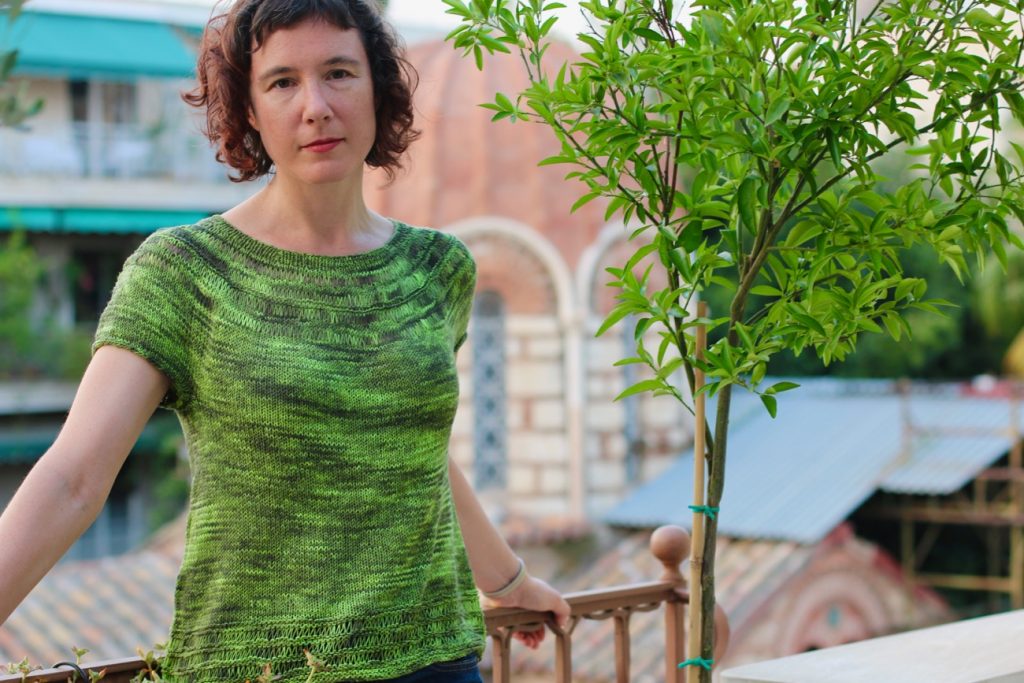 Summer Drops is a very well travelled garment. The photo taken above was taken in Athens, Greece and the photo below of the original yarn was taken in Rhinebeck New York at last year’s festival. While I was there Dragonfly Fibers gave me several skeins of their Dance Rustic Silk. (Yes, I did pick the Zombie Apocalypse colour…who could resist?) This yarn has got a heady silk smell which I find hard to resist. This type of silk behaves very differently to more processed silks, it’s actually probably closer to a heavy linen in terms of feel but softer than linen. Even without blocking the garment lies really well. 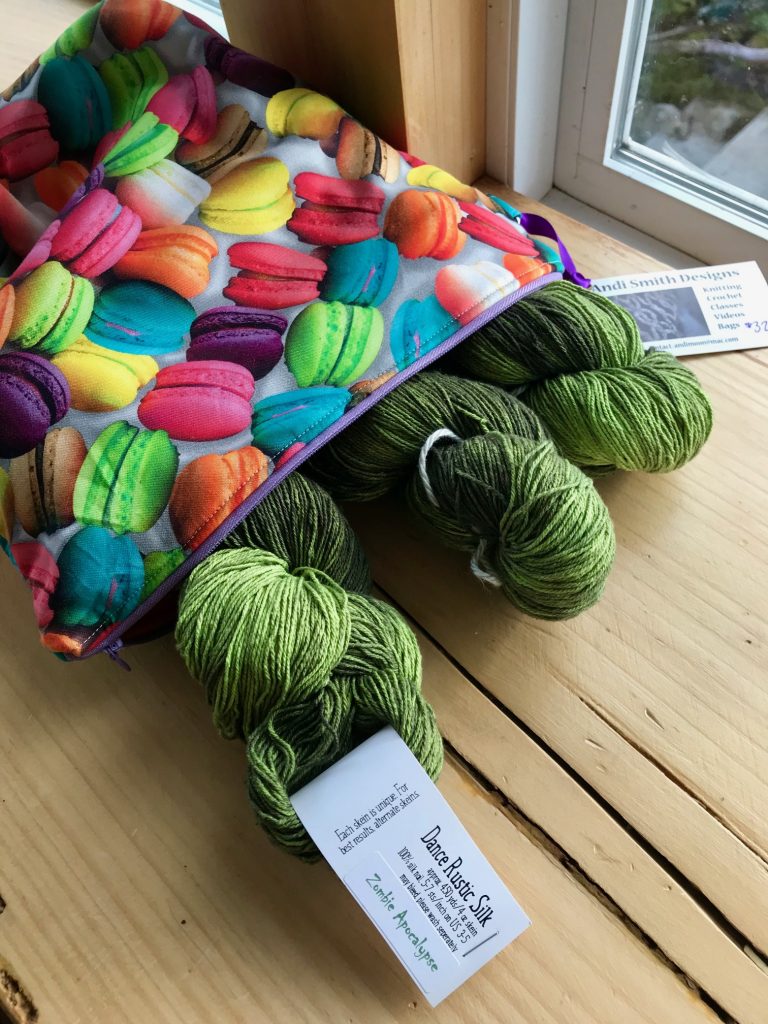 My testers found that yarn with a bit of colour variations rather than a completely solid colour worked best for this design and gave it a bit more interest. It does mean that you need to be careful to alternate skeins though! When I was working I used a single skein until I had finished the dropped stitches and then I began alternating skeins for the body. I went back to a single skein again for the drop stitches at the hem as helical stripes are trickier with stitch patterns!

I like the yarn for this so much I really wanted the yarn to be allowed to shine. Plus as it was already the summer I wanted a fast knit that I could wear immediately! I settled on a top down circular yoke with simple drop stitch details. The body is kept simple a very gentle a-line shape in stockinette stitch. I find that a-line is best for summer tops, as you want garments that flow rather than cling in warmer weather. 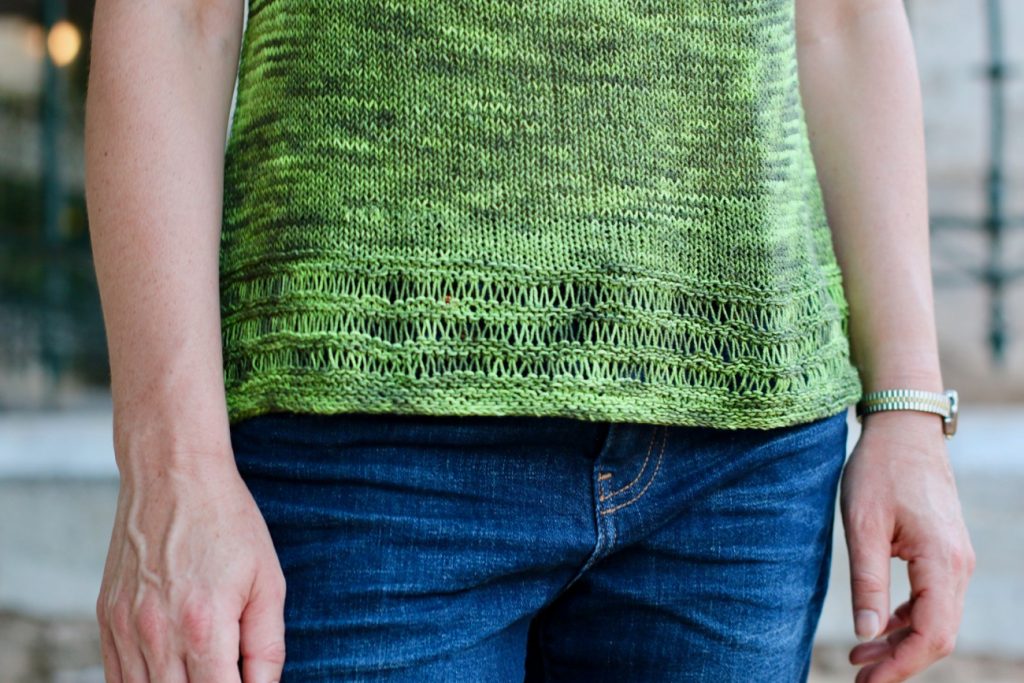 To finish it off I wanted to echo the drop stitch of the top and finish with a series of dropped stitches and a tidy I-cord edge. This keeps it simple but gives the edge stability.

I’m wearing this as a summer top on it’s own but to bring it into cooler weather you could wear it over a shirt or long sleeved top as an extra layer.

I couldn’t resist one final shot over the bay in Nafplio – I’m fascinated by how different the colours look in different lights, the green becomes more muted in bright sunshine and glows in the shade. A well named colour, Zombie Apocalypse!

If you want to get your hands on the top you can purchase it on ravelry here (you can also check out the testers projects!) or on my website here.

Until the end of August use code summerdrop15 to get a 15% discount on the pattern.