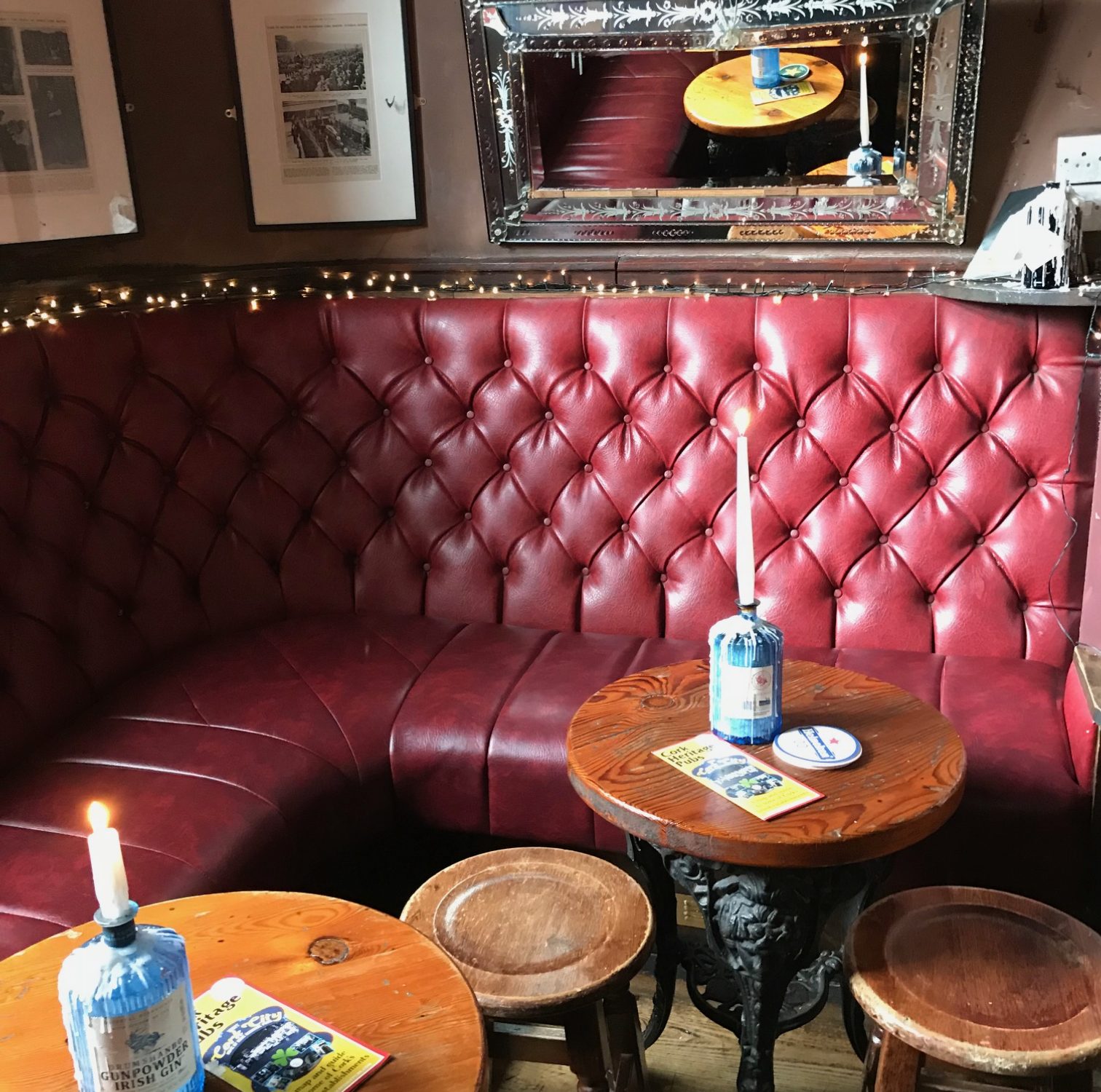 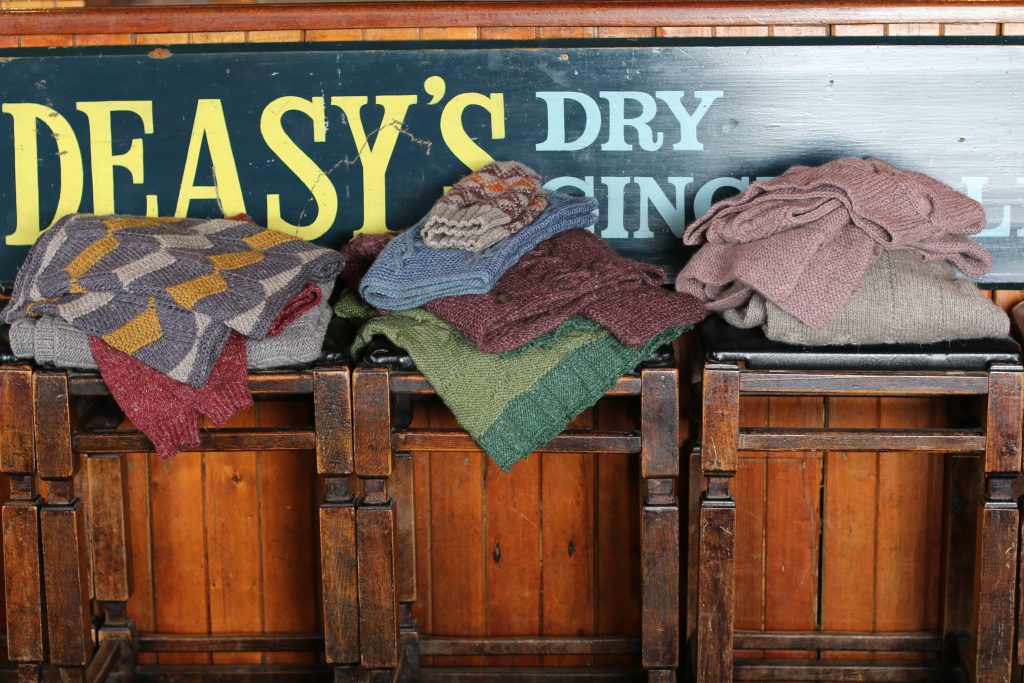 For many months now I have been hinting in the background about a big new project that I’ve been working on, and yes I’ve got a brand new book in the works! This is again a collaborative book, with contributions for other designers. I’m really enjoying the creative process of designing with others, it makes my job feel much less isolated.

With this book we had quite a hard time creating exactly the right focus as we were trying to express a feeling, that deep satisfaction you get from both the knitting process as well as the finished piece. The one word that kept coming up again and again was cosy. To me this really summarises knitting in all its forms; it’s cosy! Knitting is tactile, it keeps you warm in cool weather and it brings friends together and it can be a way of express how much you care about someone. Time is the most precious resource we have so spending our time knitting for someone is the ultimate expression of love. 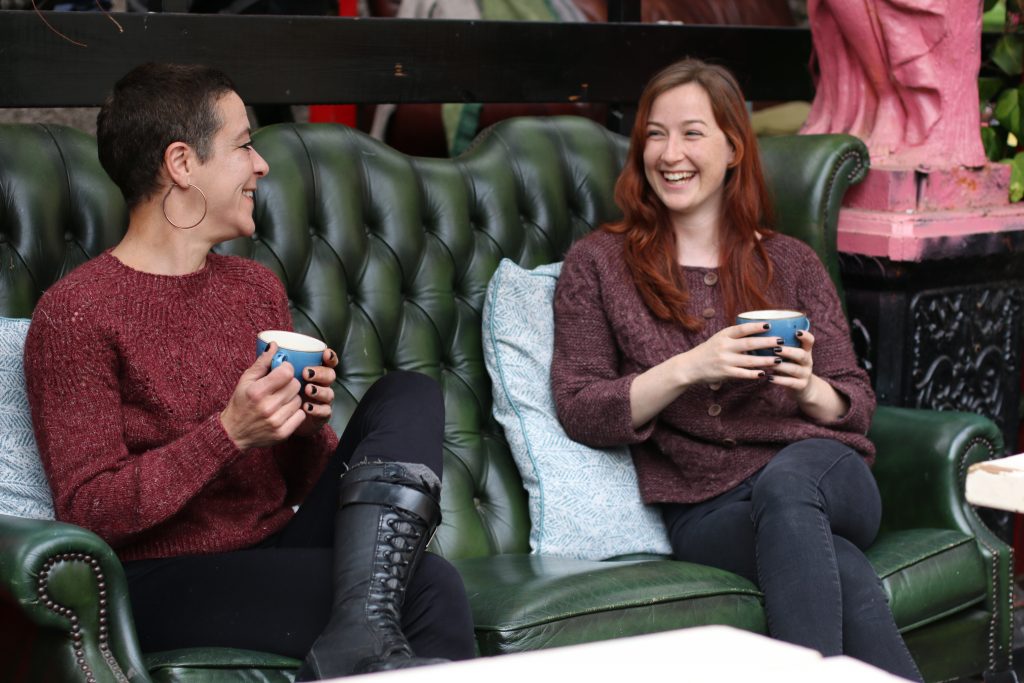 So while Cosy Knits is not a terribly creative, or innovative name, cosiness somehow ended up being the central theme. This really came together a few weeks ago when we did the photo shoots for the book. We found a few locations that really helps to create and solidify the overall atmosphere. The two models who were doing the photo shoot with us were friends from the Circus Factory in Cork. Jordan, who is an aerial silks artist and has modelled several times for me before and Francesca, a new model to me but I’ve actually know her for several years! They both knew each other well and you can see the fun and friendship jumping out of the photographs of the two of them together. We travelled around a couple of different pubs in Cork city and they were pretty much ideal for creating just the right atmosphere for the book. 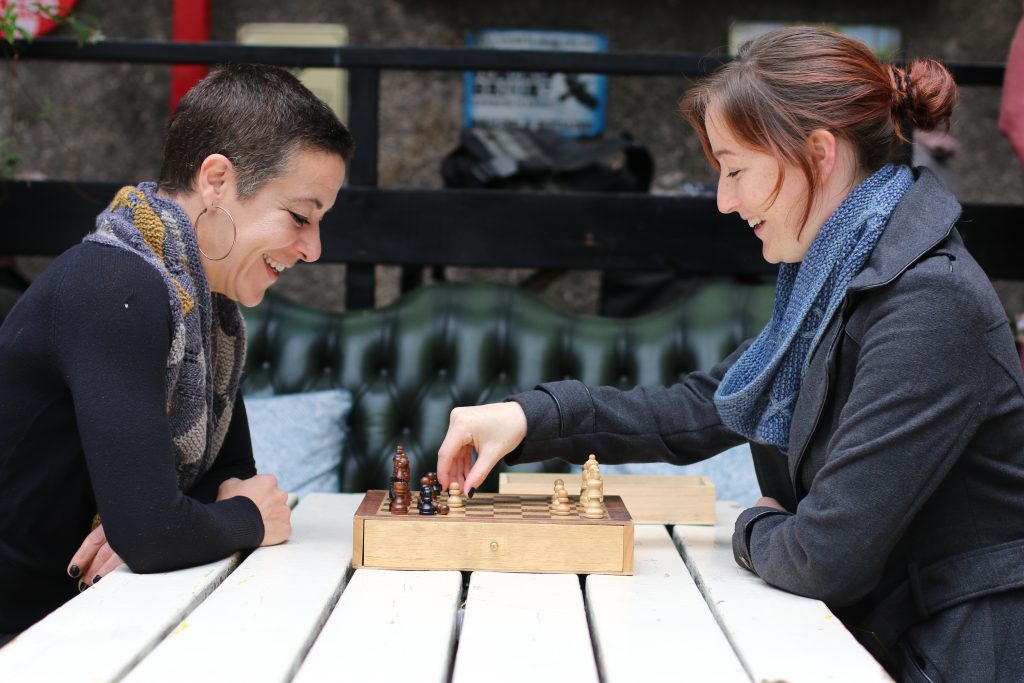 The first location was the beer garden at the back of Fionnbarra on Douglas Street in Cork. I’ve never seen a beer garden quite like this before; it had clear Perspex ceiling leaving in lots of light, stone walls, ivy and many squishy leather sofas. The basket of blankets, piano and chessboard really just added the finishing touches to the scene. It was honestly as though we had four or five different studios set-ups in one location as  there were so many dramatically different backdrops to play with.

The second pub that we went to is an old favourite of mine, the Oval. This one is in older pub, but unlike a lot of pubs in the city it has not been renovated so it actually retains its original snug in the corner. A snug (or cosy) is a corner of the pub that is closed off where you could sit for an intimate chat, particularly if you didn’t want to be seen. This pub quite frankly defines cosy! 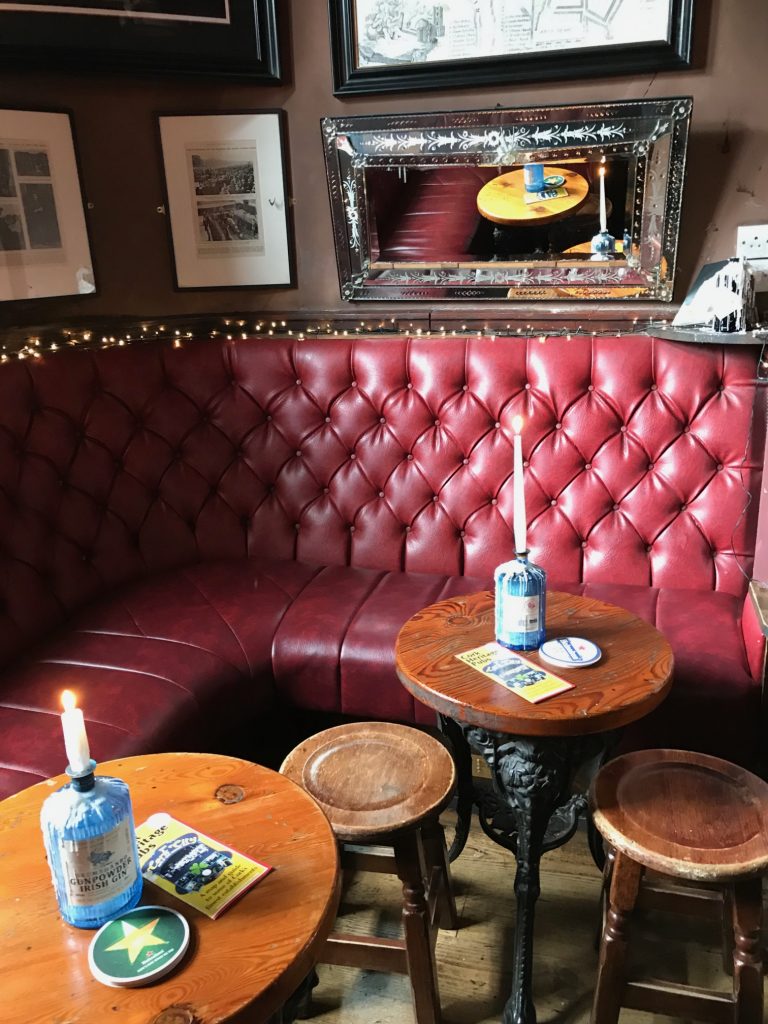 So now you have a general idea of the atmosphere I was trying to create with this project. In the next few weeks I’m going to be introducing the designers that have been working on the project with me and I think you’re going to be pretty excited by the lineup! 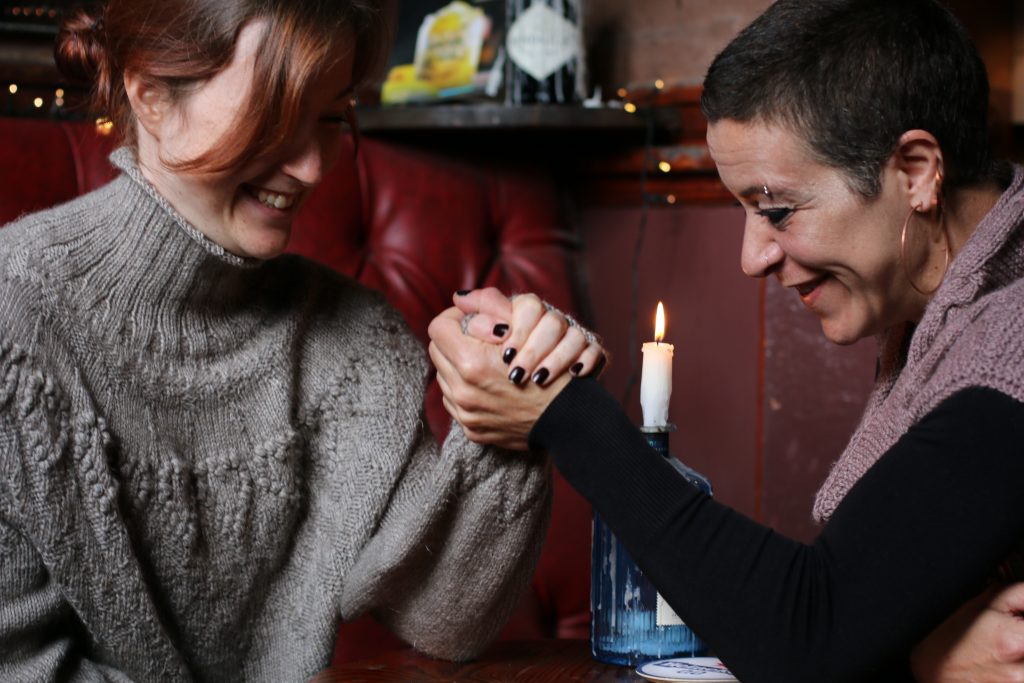 Once we have teased you all with our book’s line-up I will be going on holidays for the first few weeks of August for a much needed rest but once I return we will then start the slow reveal of the projects where we can talk about all the cosy knitting we have lined up for the cooler weather! I think you can probably tell I’m getting really excited about this project …..

6 thoughts on “Keeping it Cosy”